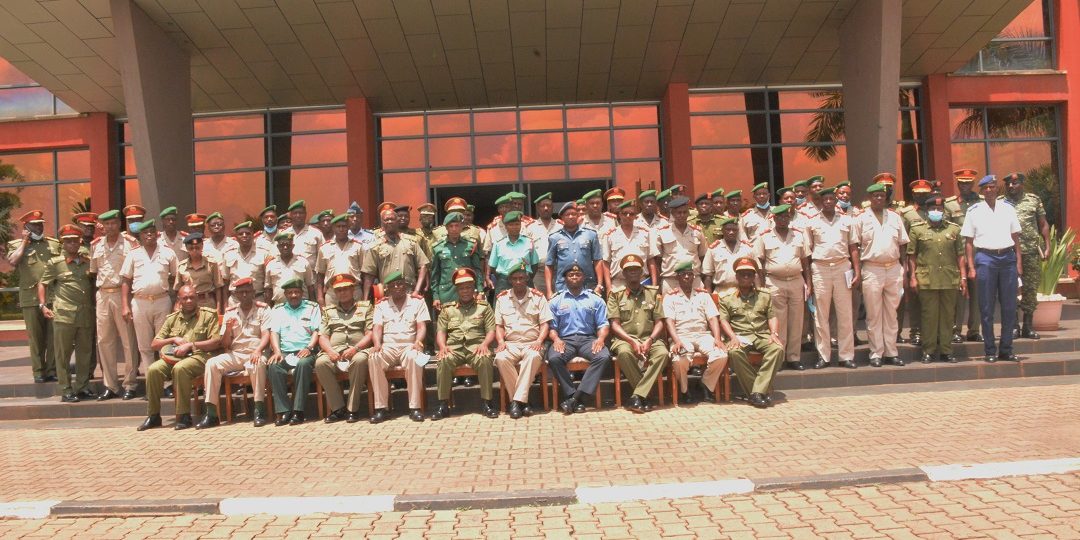 This was observed during a presentation of the overall security situation of Uganda by UPDF Senior Officers to students from Kinanira – based Senior Command and Staff College at the Ministry of Defence and Veteran Affairs headquarters in Mbuya, Kampala. 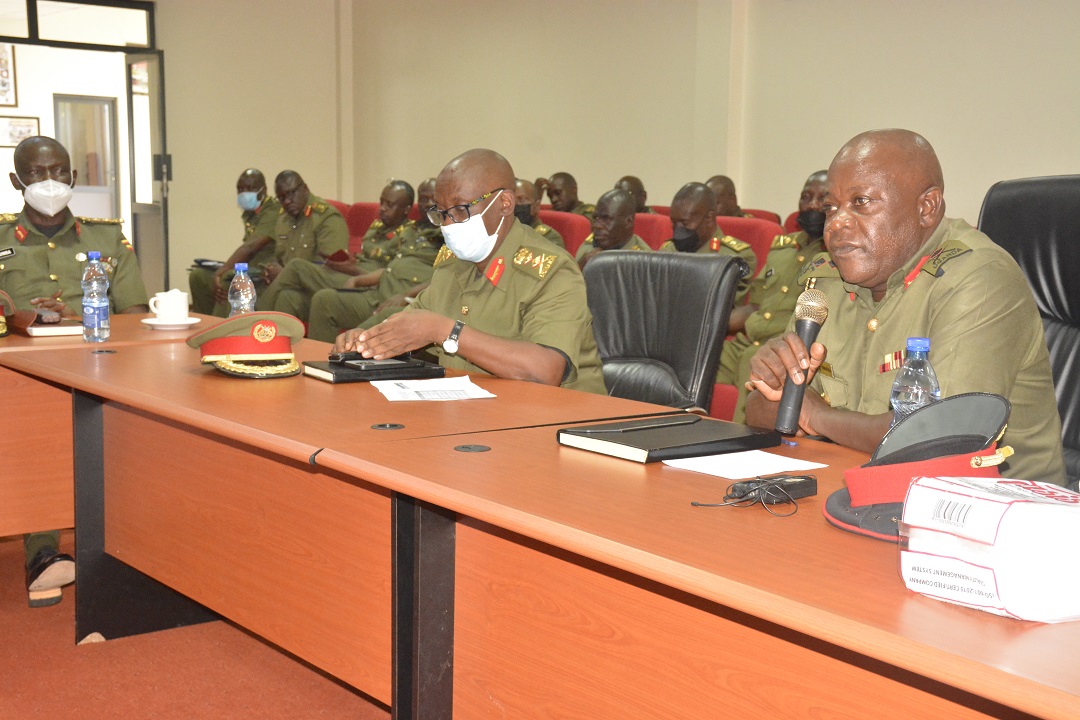 The UPDF Chief of Production and Welfare Maj Gen Sam Kiwanuka on behalf of Gen Mbadi welcomed the visiting military students from the Burundi Senior Command and Staff College (SCSC) in Kinanira, for choosing the Pearl of Africa (Uganda) as their tour destination.

“The Pearl of Africa is your country and I am told some of you even have homes here,” he told students on a five (05) day study tour.

He pointed out that the existing policy frameworks like the East African Community (EAC) increase trade in the region and make the bloc more secure since negative elements like smuggling are eliminated through integration.

Maj Gen Kiwanuka noted that Uganda’s exports to Burundi increased because of the stability in the region.

“Uganda and Burundi are growing stronger by the day as Uganda exports a considerable amount of its products to Burundi,” he observed.

He encouraged the visiting team to spare time, move around Uganda and learn more about the country. “You won’t go back the same”, he added. 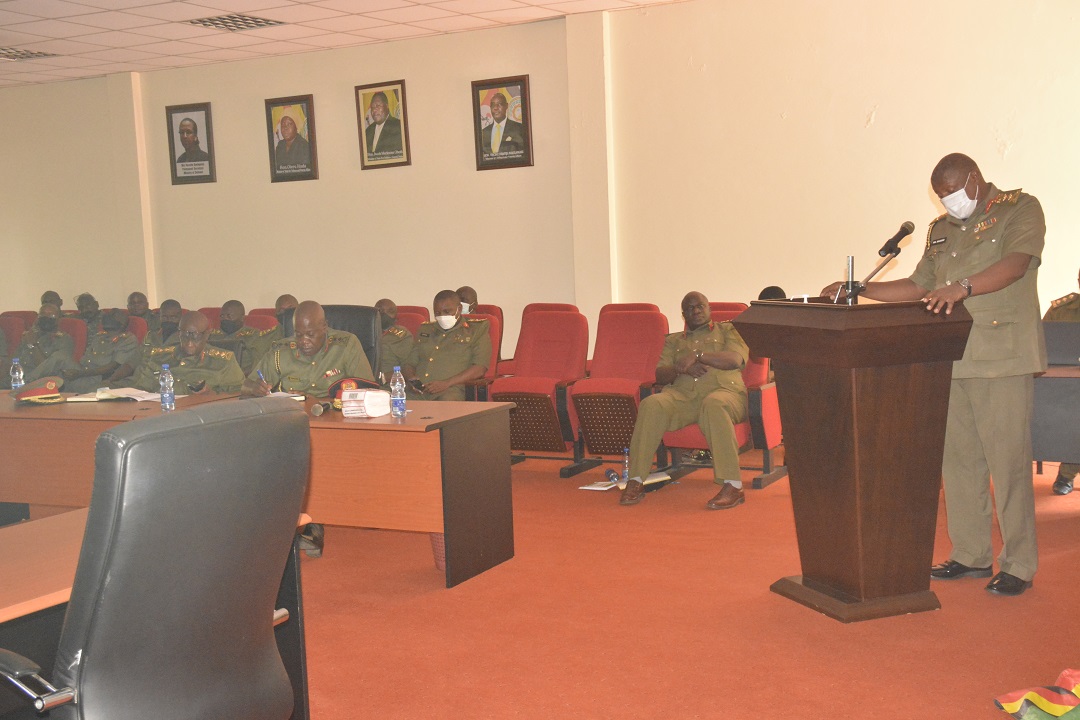 He emphasized that regional peace and stability can only stand with regional cooperation and integration at regional and international levels.

Outlining the historical background of Uganda from the Pre-colonial, Colonial and Neo-Colonial era, Maj Gen Matsiko noted that Uganda’s political and social transformation journey was disrupted by the colonial project, that is, the demarcation of Africa in 1884 and the subsequent colonial phenomenon of value for no value, where the colonies were sources of raw materials for European markets.

He reminded the visiting military students that the region/continent needed to hinge their development programmes on Pan Africanism. “Pan Africanism links and interlinks our countries,” he said.

He added that the only guarantor of prosperity and strategic security is Pan Africanism.

“We also need Pan Africanism for strategic security. Africa is not insured like NATO for Europe, The US for Israel, China and Russia for North Korea – Africa’s security is Pan Africanism for survival; not a choice but an imperative if Africa is to survive”, he reiterated. He added that Pan Africanism is necessary for economic survival as a big market and social economic transformation. He concluded by highlighting Uganda’s Vision 2040 which stands for durable peace, security, regional integration as the landmarks for socio-economic transformation.

“Uganda has transformed from being a pariah state to being a democracy that is fast developing for peace and stability within itself and for its neighbours,” he remarked. 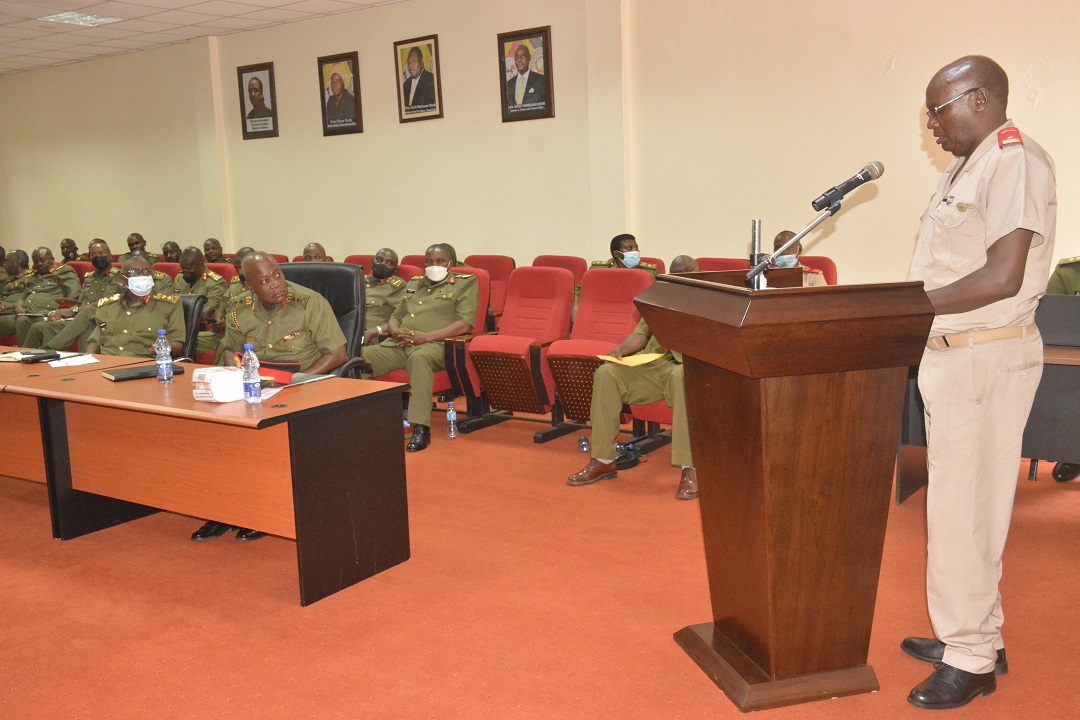 The Commandant of the Burundi SCSC and Head of Delegation Brig Gen Cassien Ntacibera noted that both Uganda and Burundi share the same history through regional and bilateral mechanisms. “Uganda is a special ally to Burundi and we can all benefit by working together in areas that deal with development, trade, and promoting security,” he said.

He commended Uganda for hosting the delegation, adding that the study tour will broaden the students understanding of the region’s security threats and efforts needed to advance development. 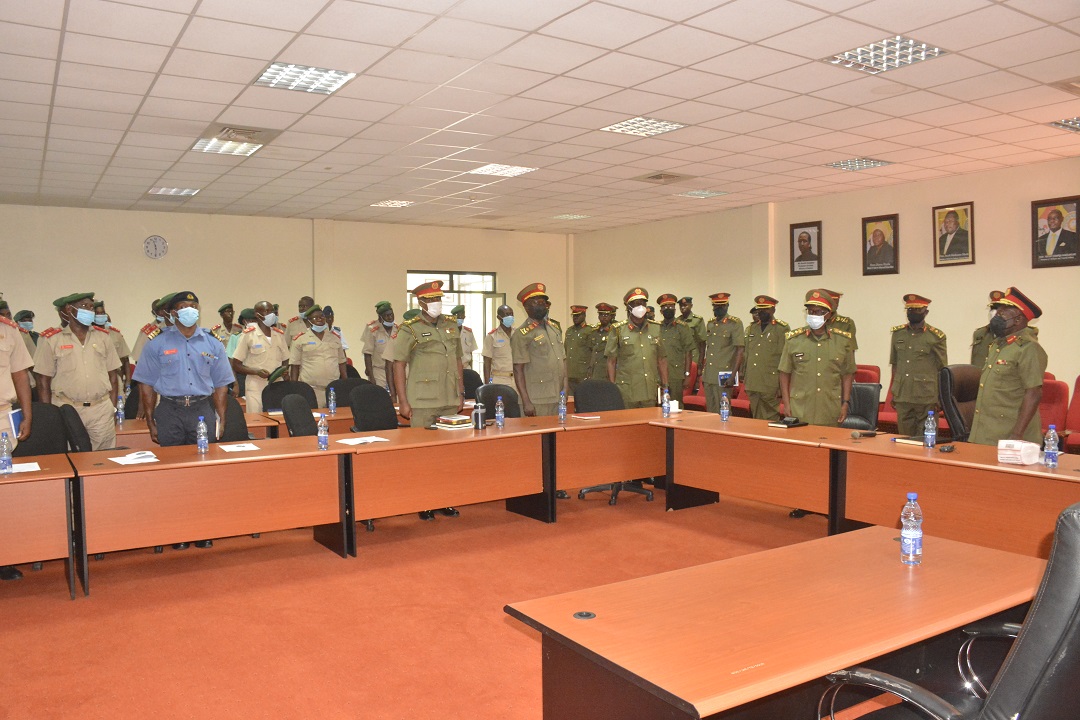 In his presentation, the Assistant Director of CMI in charge of International relations, Col David Lumumba, pointed out that Uganda is generally peaceful although some threats like terrorism presented by groups like ADF, ISIS, Al Shaba al Suna wa Al Jama, Cyber-crime, refugees, among others; are beginning to pose a new security challenge to the country and region.

He noted that the country and region is beginning to be tormented by new security challenges such as the transitional crimes by drugs, human trafficking, money laundering, proliferation of small arms, cyber threats, armed pastoralists and an influx of refugees, among others.

On relations between Uganda and Burundi, Col Lumumba concluded by calling for enhanced cooperation in security and intelligence, higher capacity building on defence matters, building robust public safety and disaster management systems, among others.

The presentation was also attended by the Chief of Personnel and Administration Maj Gen George Igumba, Chief of Medical Services Maj Gen Dr. Ambrose Musinguzi and other UPDF Senior Officers. 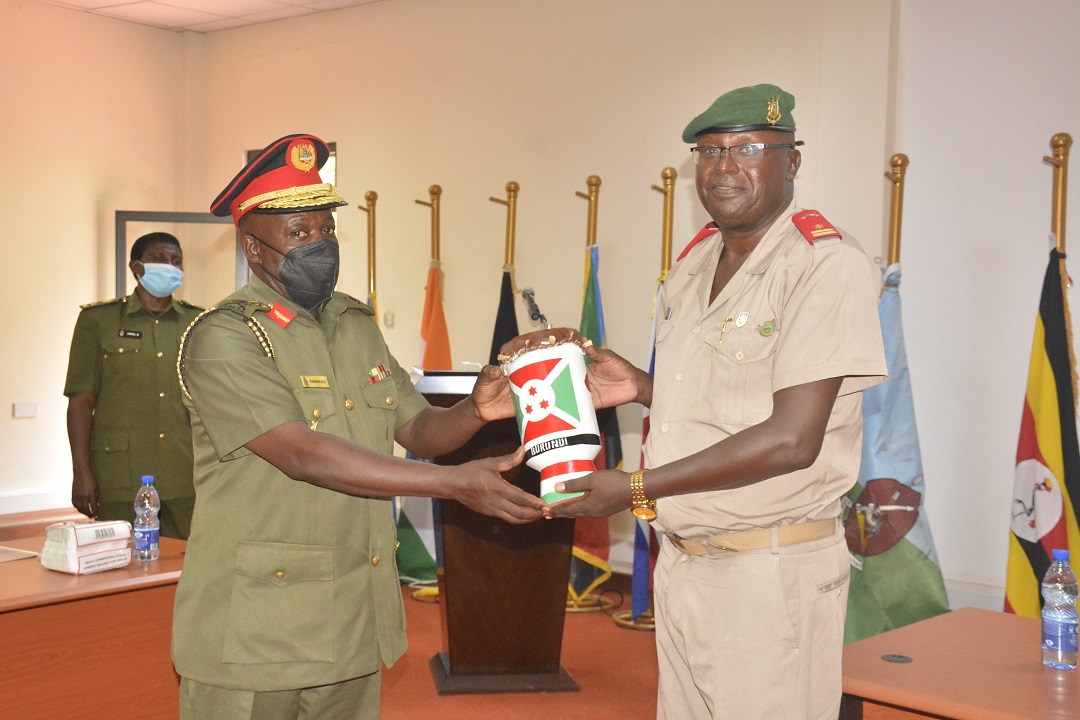