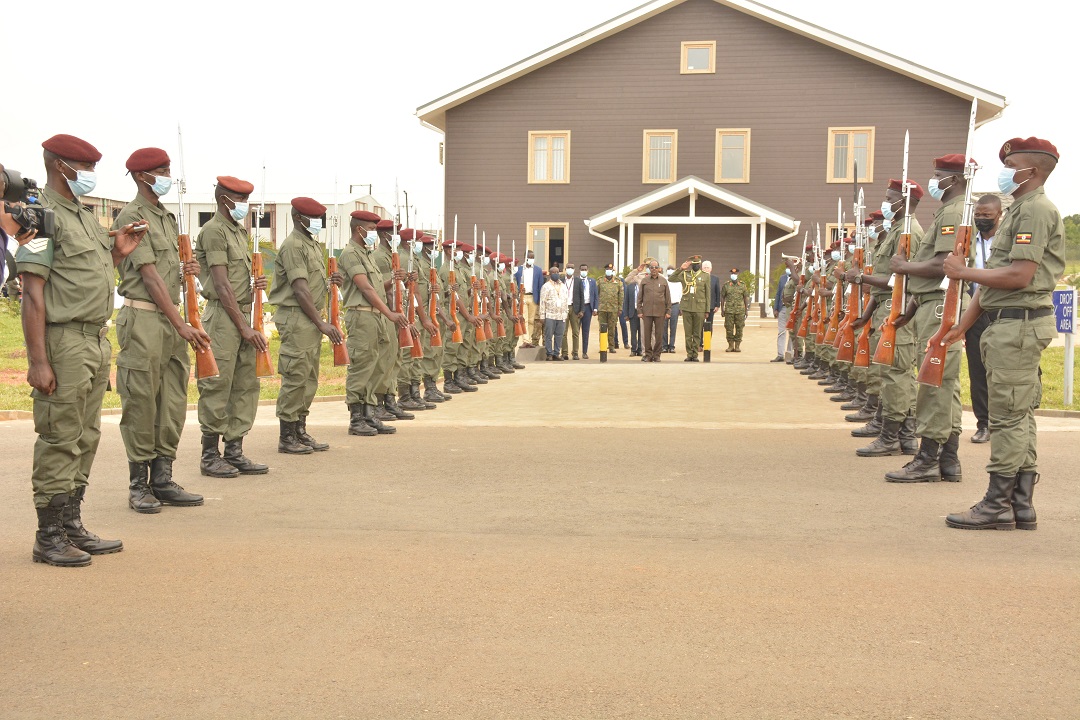 H.E Hassan Sheikh Mohamud, the President of the Federal Republic of Somalia was today hosted at Luweero Industries Limited in Nakasongola District. 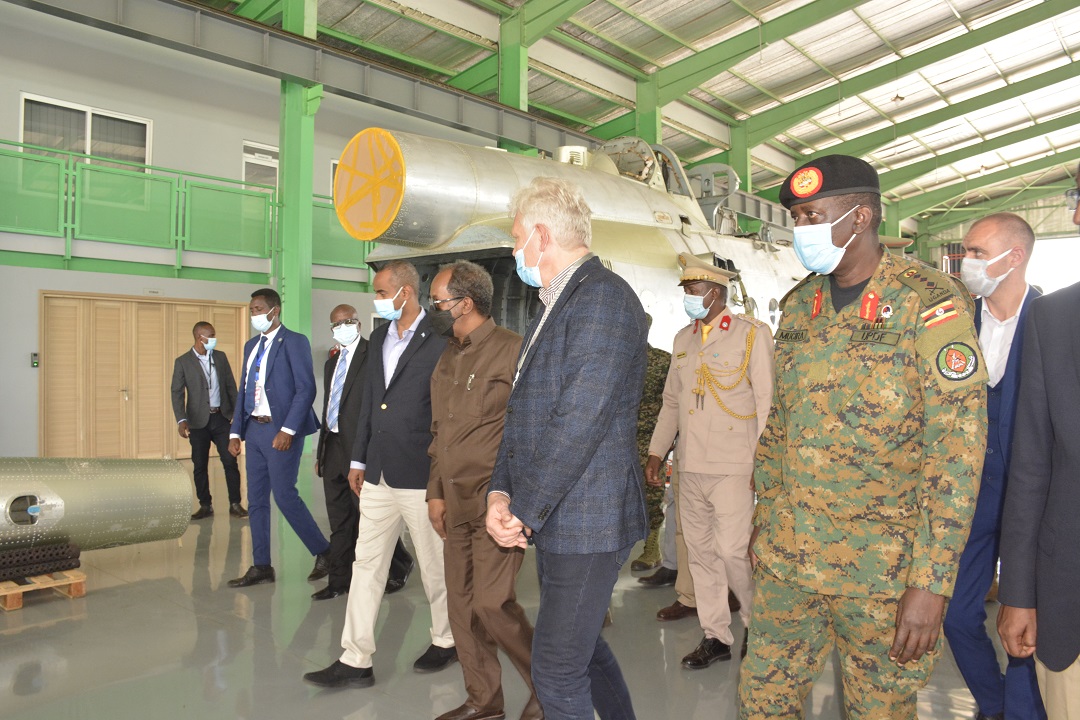 The Managing Director and Chief Executive Officer National Enterprise Corporation Lt Gen James Mugira welcomed H.E Hassan Sheikh Mohamud and congratulated him upon his election to the high office of the President of the Federal Republic of Somalia.

He explained that Luweero Industries Limited (LIL) is a state corporation owned by the Government of Uganda (GOU) under the Ministry of Defence and Veteran Affairs (MODVA) and is a subsidiary of National Enterprises Corporation (NEC).

“Luweero Industries is named after the area of Luweero which was the cradle of the NRA liberation struggle,” he said.

He added that it is the birth place of the Ugandan revolution because it is the place where the struggle for the liberation of this country was launched.

“On behalf of National Enterprises Corporation, we look forward to closer collaboration and cooperation with the Federal Republic of Somalia especially in the area of Defence” he observed. 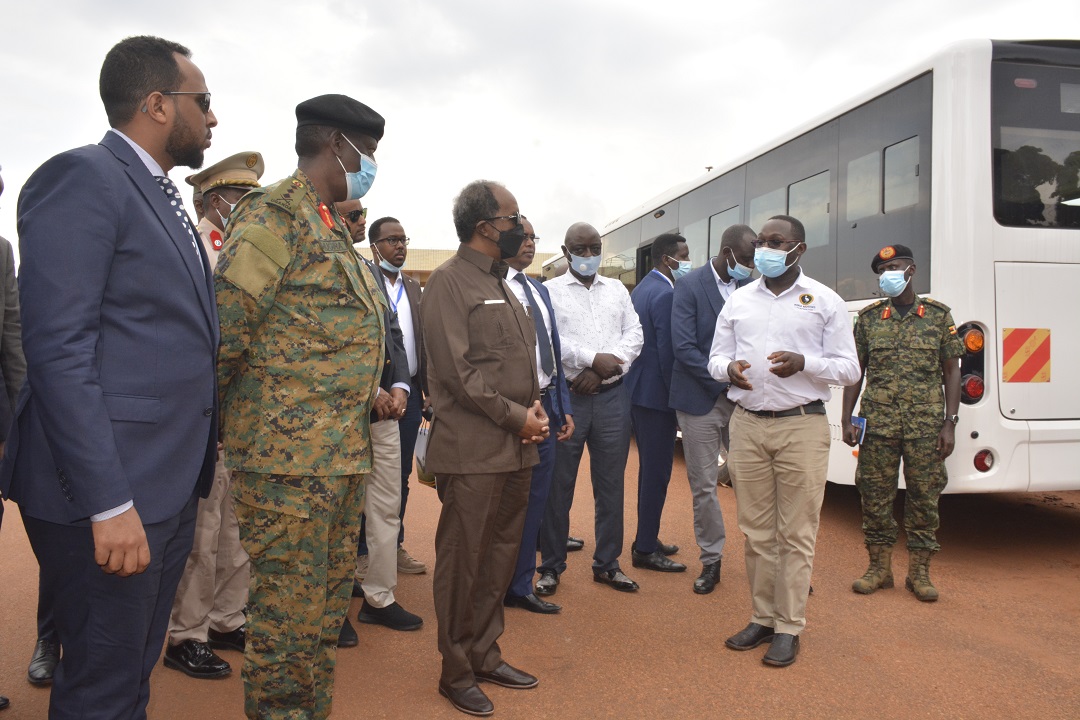 Maj Gen Sabiti, the General Manager Luwero Industries Limited noted that the Uganda Peoples’ Defence Forces (UPDF) in addition to the original task of defending the sovereignty of the country, also plays a key role in the socio-economic development of the country as a sustainable commercial arm of the Ministry of Defence and Veteran Affairs (MODVA) amongst the Defence Forces, the veterans and the civil society. 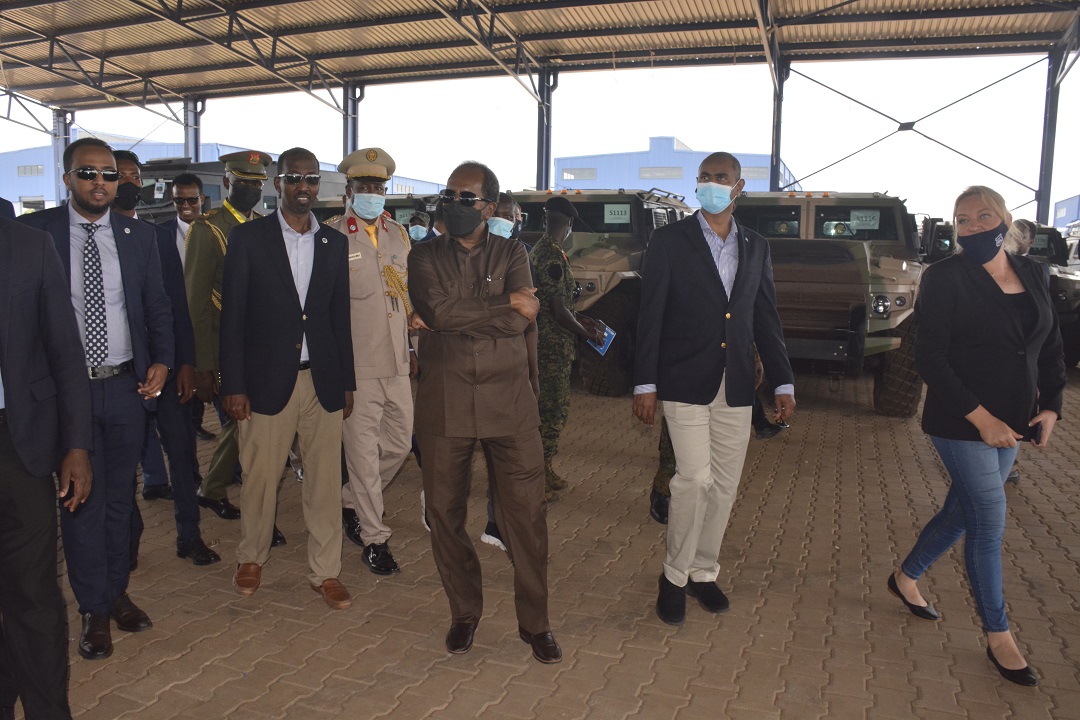 The President of the Federal Republic of Somalia congratulated the UPDF under the leadership of H.E Yoweri Kaguta Museveni for not only defending the country but also developing it as well. “This is a real development for this country and the East African Community (EAC) at large” he noted.

In his closing remarks, he said that Somalia is looking forward to benefit from the experience as well since it has now started collaborating and building the basis for future engagement. 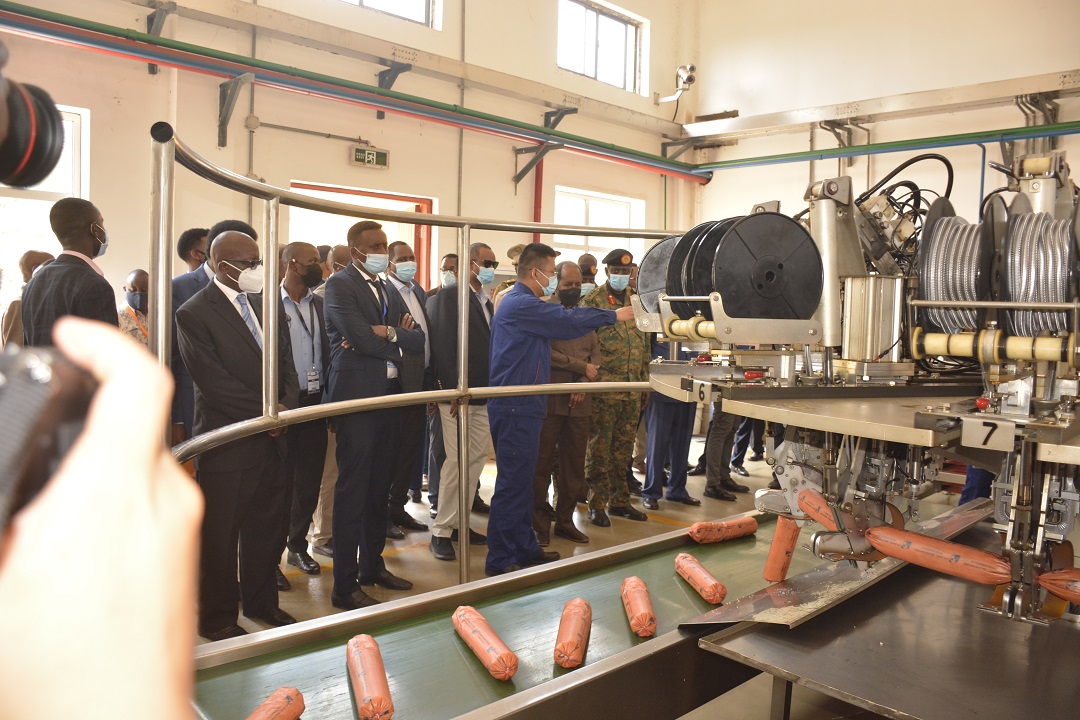 H.E Mohamud toured various factories among which were VEBA, the Nitrogen and Oxygen plant and the mask production plant. He was then guided to Kyoga Dynamics that manufactures commercial explosives like emulsion, detonators and ANFO (Ammonium nitrate–fuel oil) explosives. 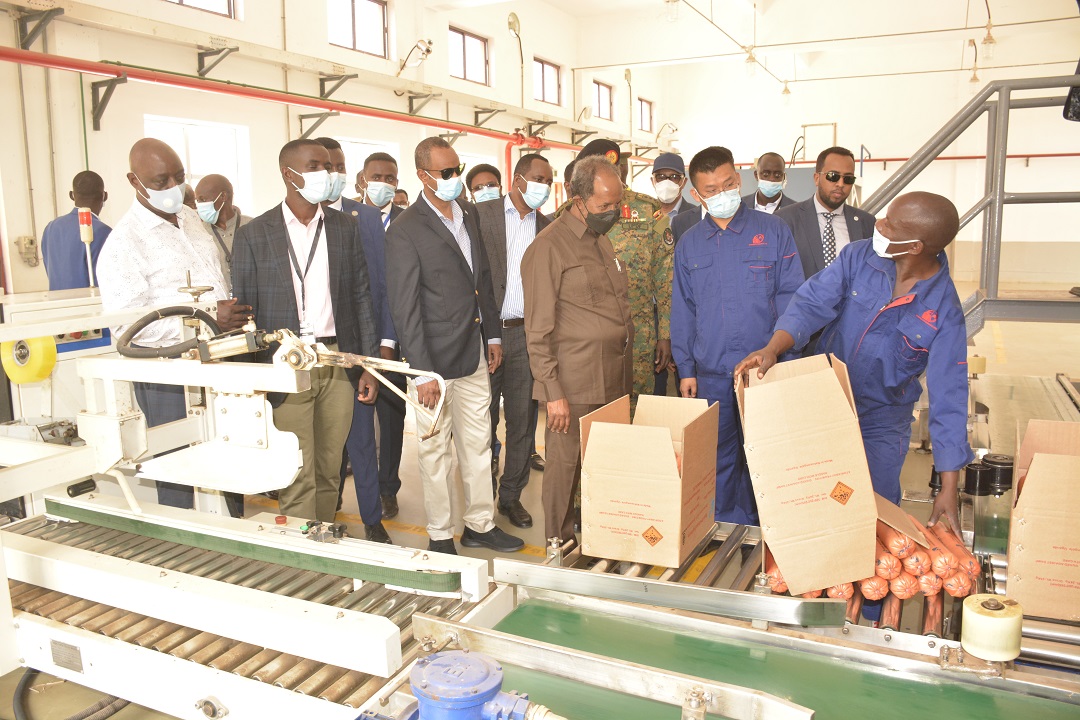 He later proceeded to NEC-STREIT Group that deals in the manufacture of armoured vehicles and boats for both the civilian and army components and concluded with Pro-Heli International Services plant that deals in the overhaul, repair, maintenance and upgrade of MI brand of helicopters. 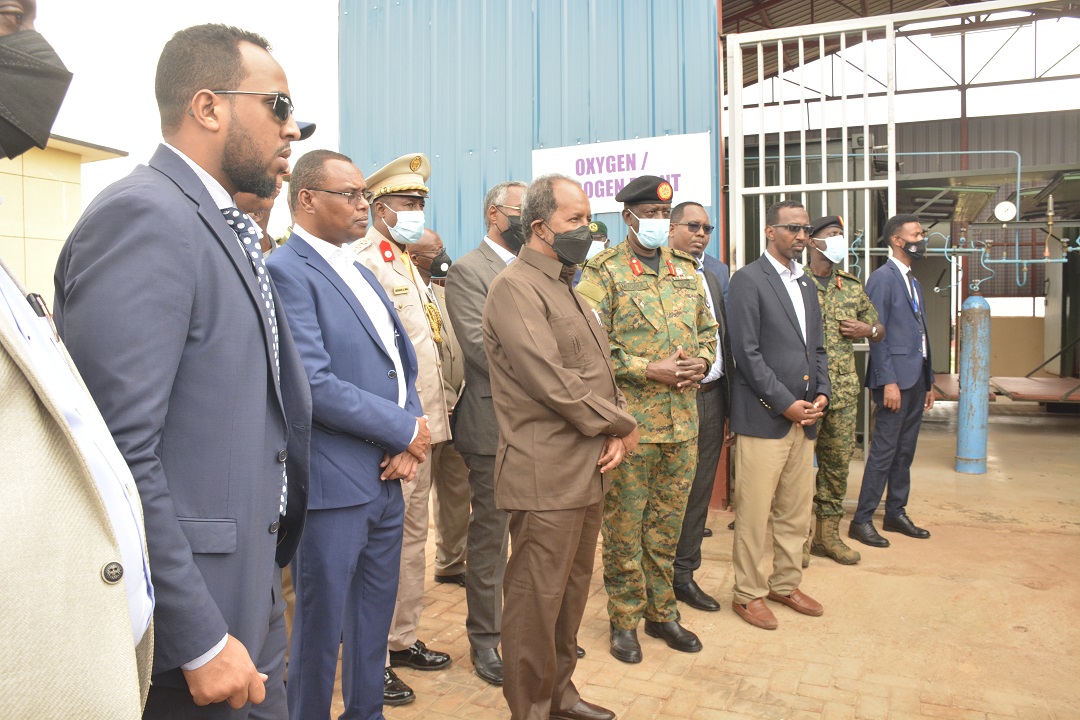 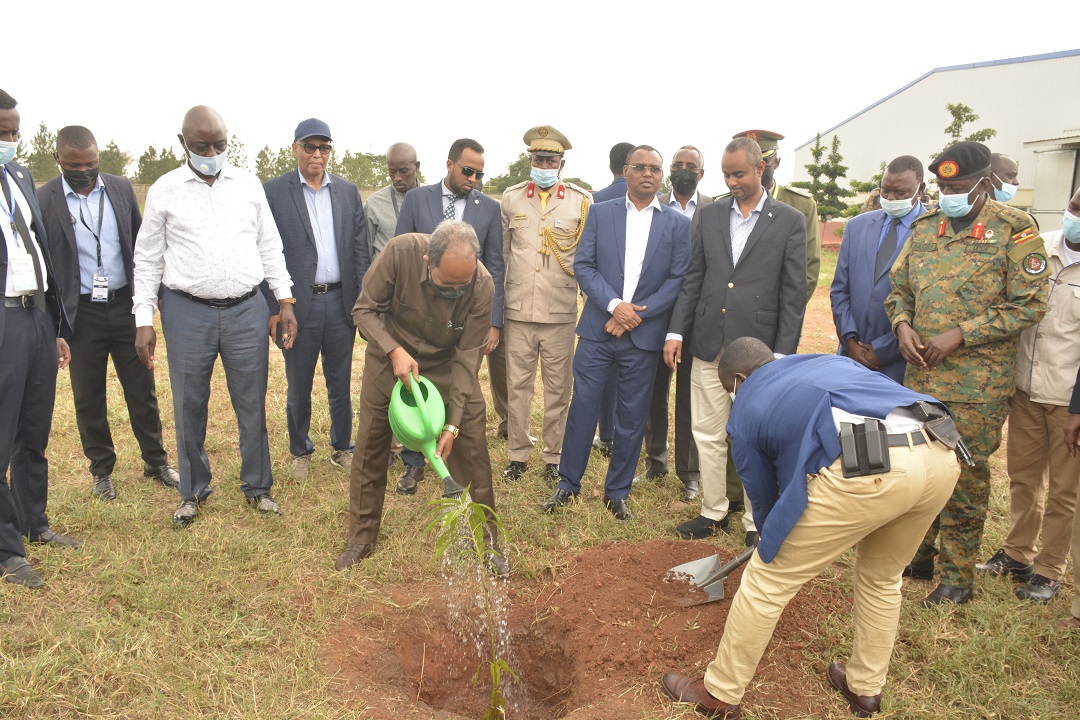