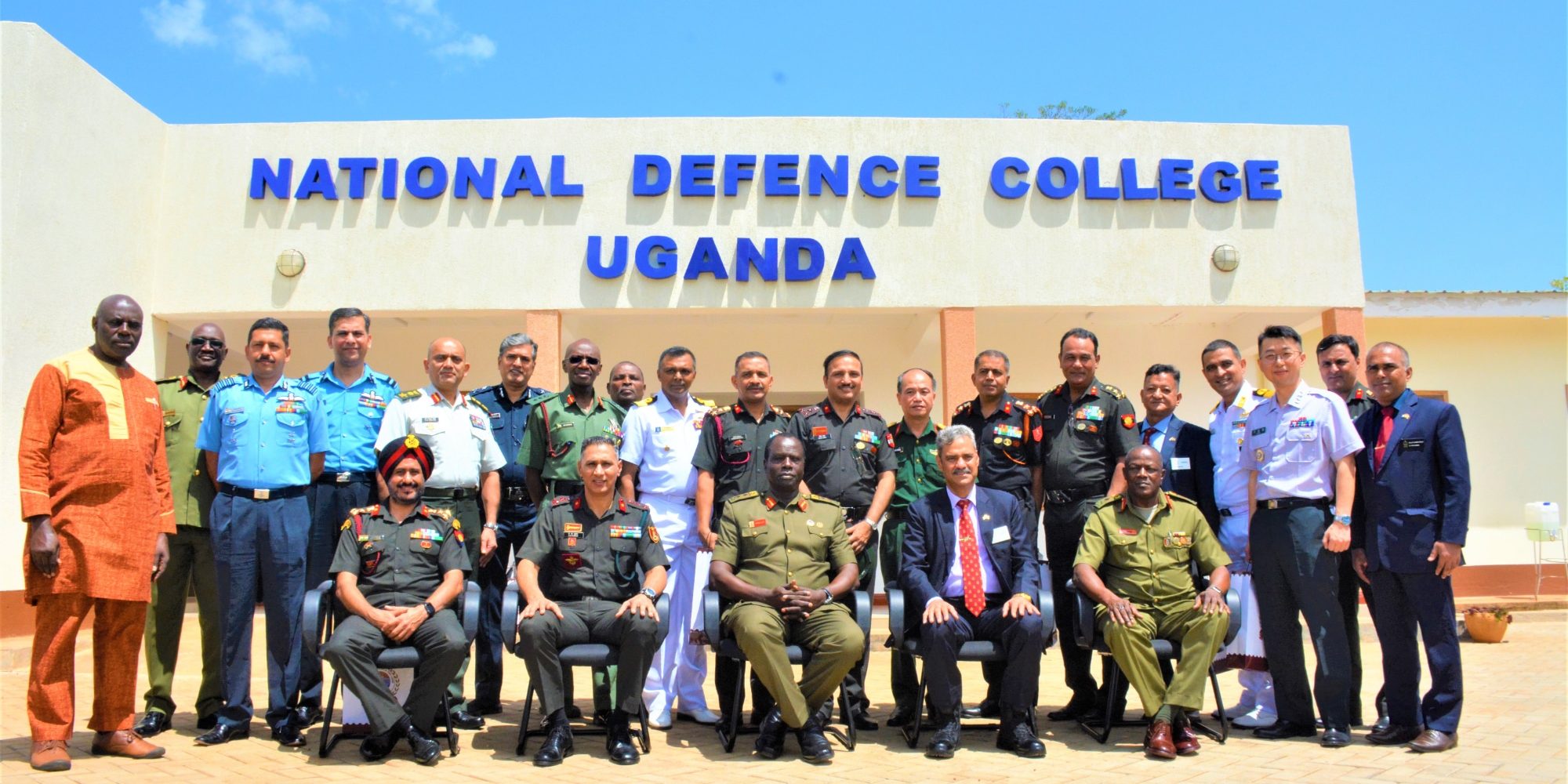 The Indian delegation was led by the college secretary Brig AK Pundir during their visit of the Buikwe-based NDC-U.

It was composed of representatives from different faculties and   students of course Intake 62. 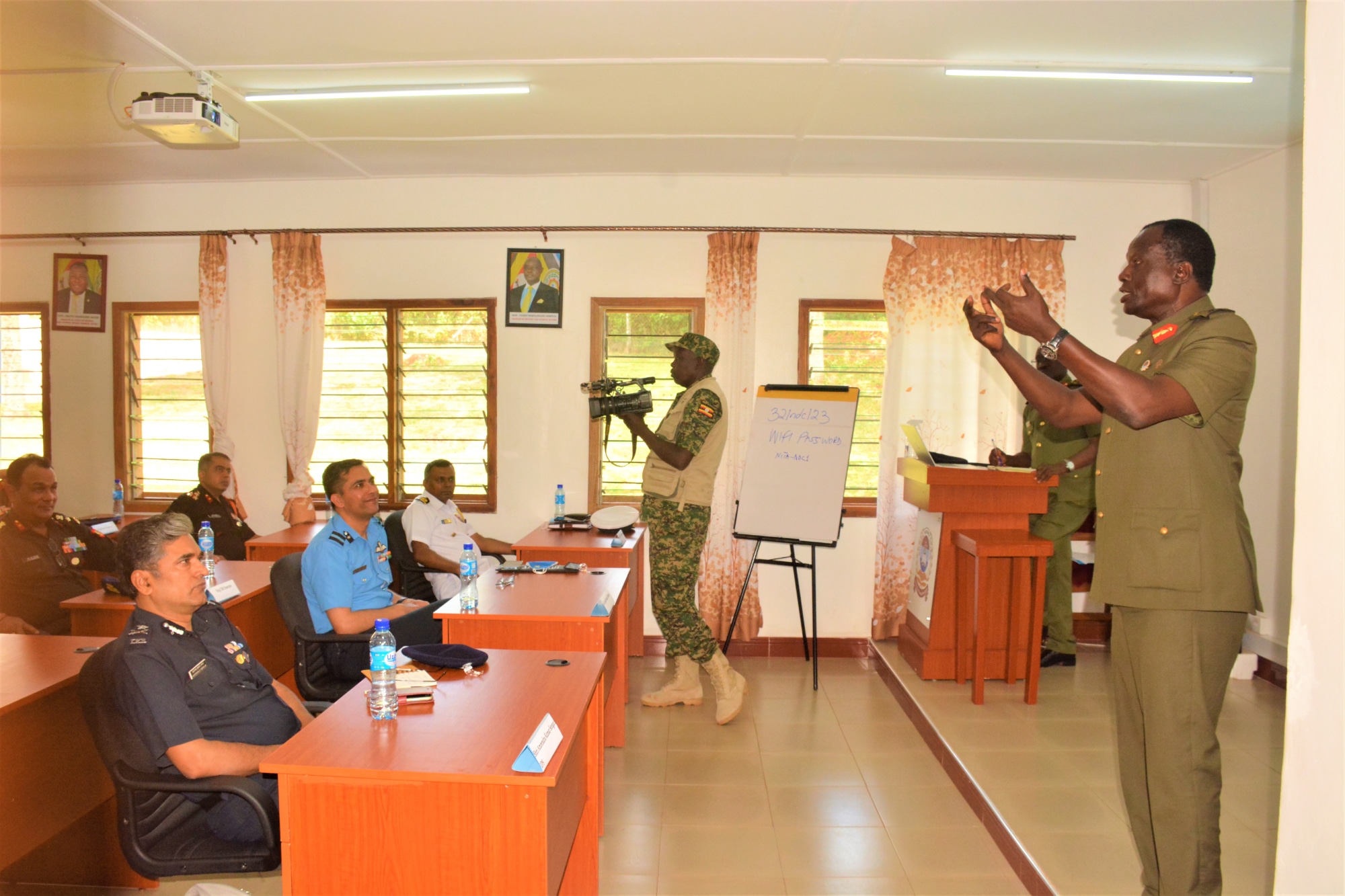 In his remarks, Maj Gen Francis Okello welcomed the team and thanked the Indian Army for selecting Uganda as their study tour destination.

He expressed his gratitude to the visiting delegation for selecting the National Defence College-Uganda (NDC-U) for their study tour.

“Hosting you today exhibits and strengthens the strategic relationship and defence diplomacy between the two countries,” Maj Gen Okello noted.

The delegation was briefed about the overall social, economic, political and security situation in the country.

They also had a briefing on the college administrative structure, it’s composition and future prospects.

He thanked the NDC -U leadership for steering the college to greater heights, evidenced by the current students’ intake.

The Indian delegation later interacted with students from Uganda and shared ideas on cross-cutting issues like the need to advance peace and security for the transformation of communities. 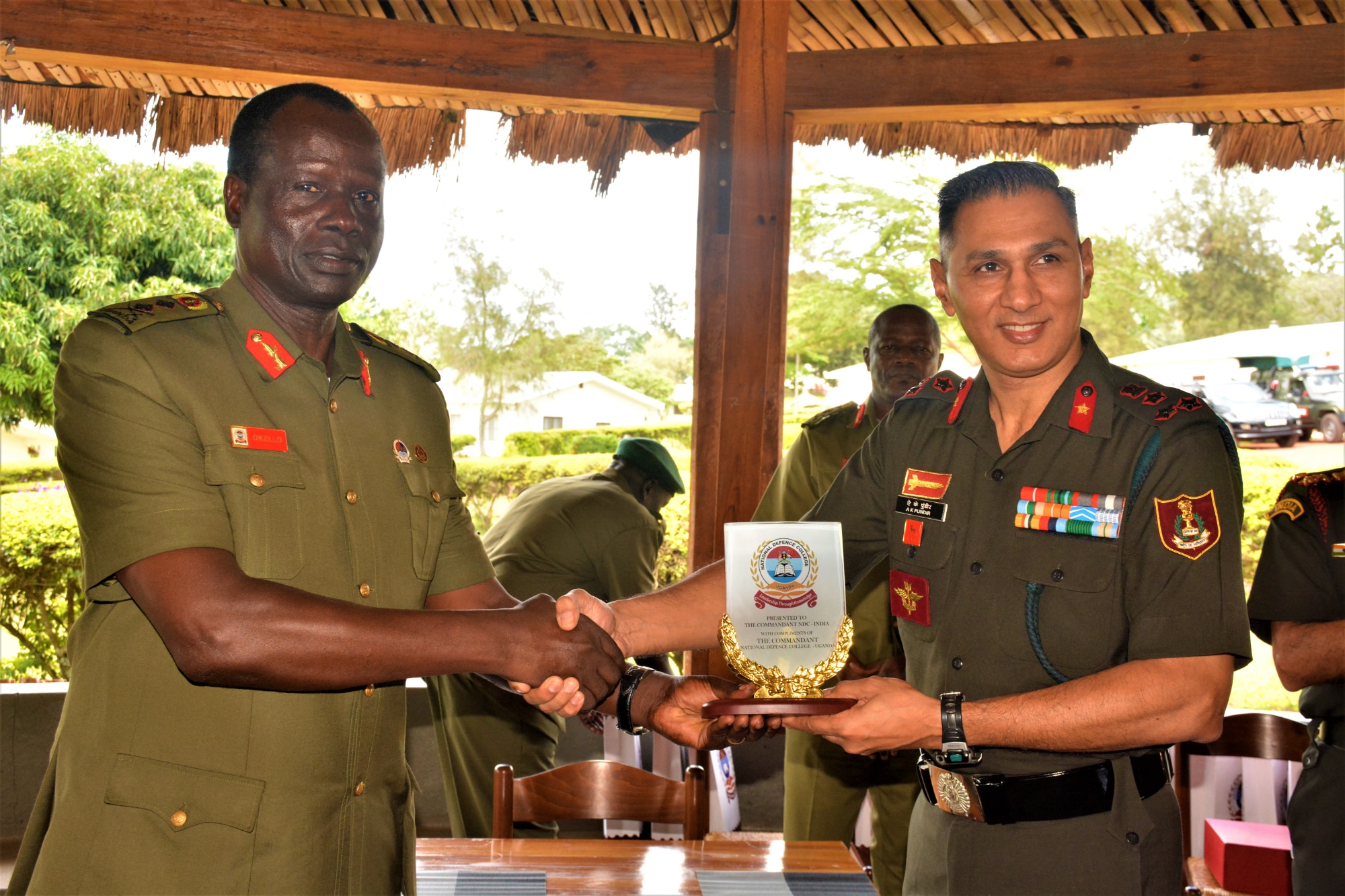 Both delegations exchanged souvenirs in honor of each other’s role in stabilizing their respective countries.

National Defence College India is the first Defense College to visit NDC Uganda since the latter’s commissioning early this year. 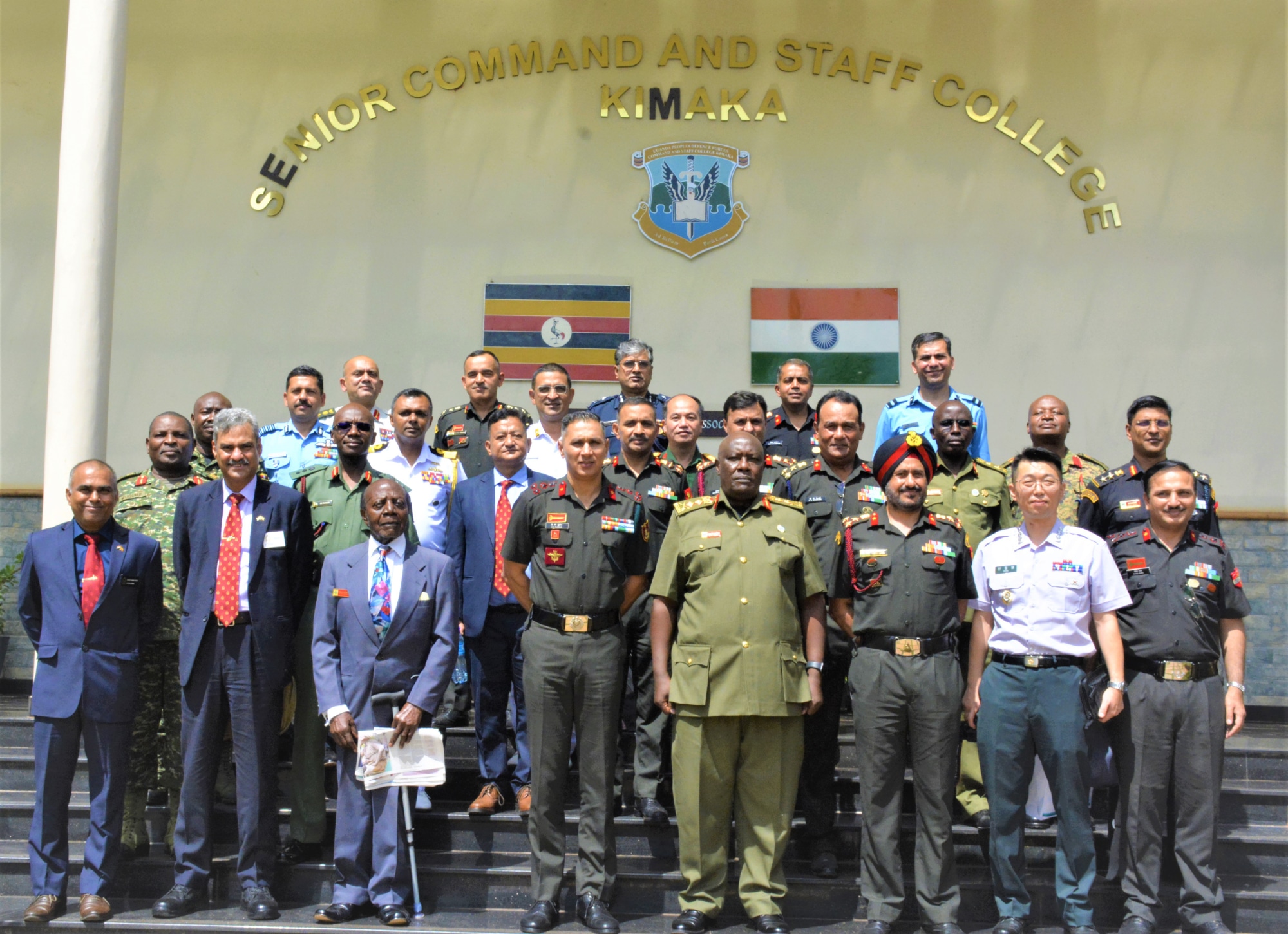 The visiting Indian delegation later paid a courtesy visit to the Senior Command and Staff College – Kimaka in Jinja, where they were received by the Deputy Commandant of the College Maj Gen Octavius Butuuro.