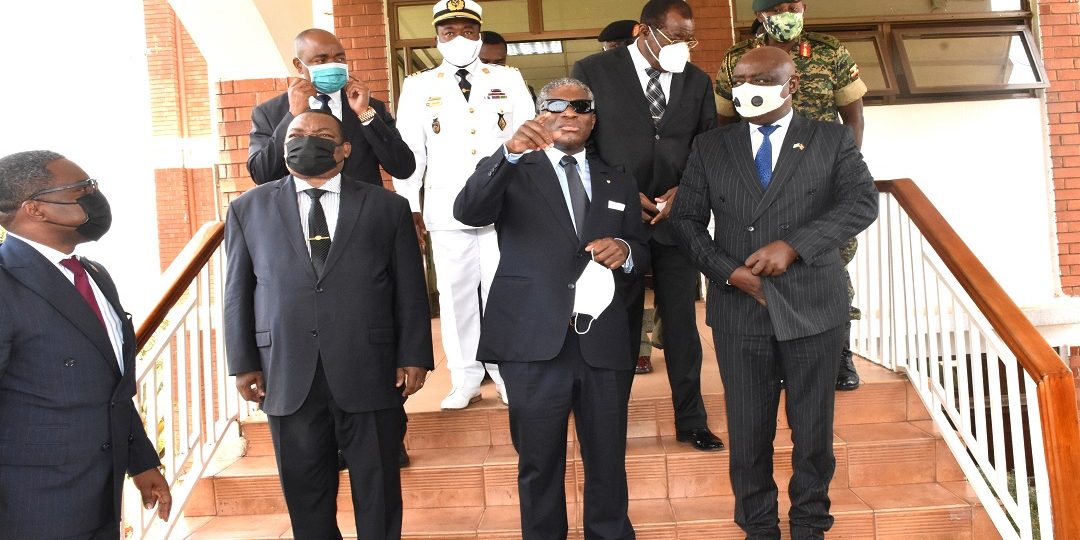 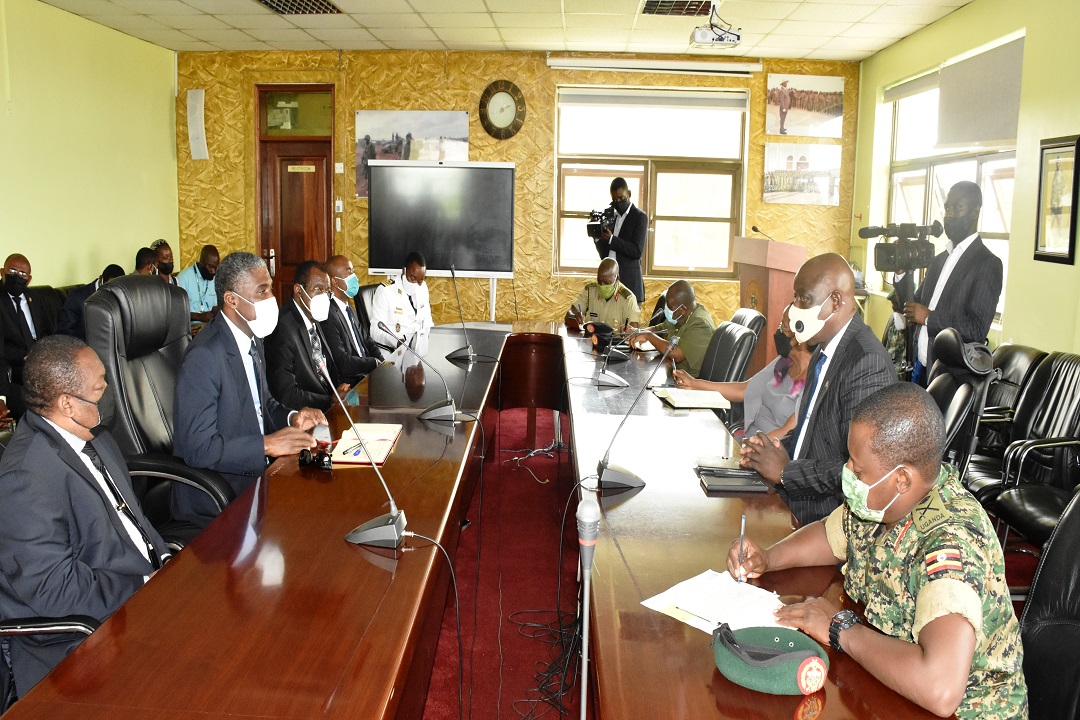 The meeting at the Ministry of Defence and Veteran Affairs headquarters in Mbuya – Kampala, was a courtesy call aimed at strengthening the existing cordial relations between the two countries and cooperation in defence.

His Excellency Teodoro Nguema Obiang Mangue expressed his gratitude for the existing brotherly relationship between Equatorial Guinea and Uganda.

“I am happy to be home twenty-four (24) hours a day because of the existing peace,” said the Vice President. 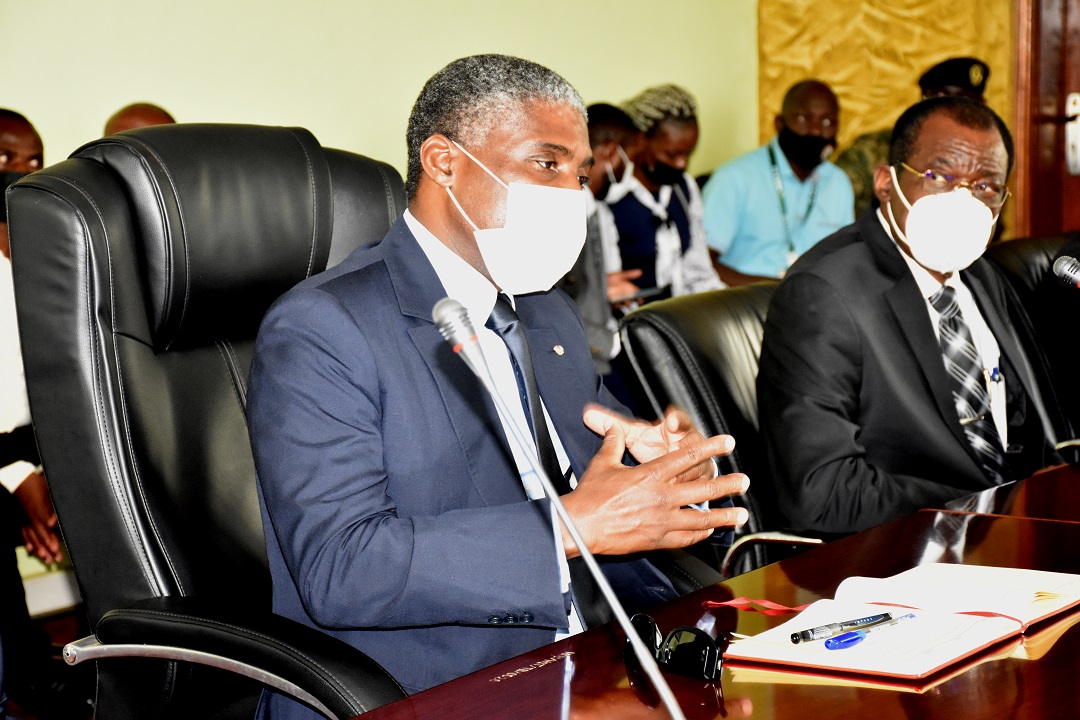 The Vice President noted that the forth coming renewal of the MOU will facilitate the exchange of military trainers and promote trade between the two sister countries. 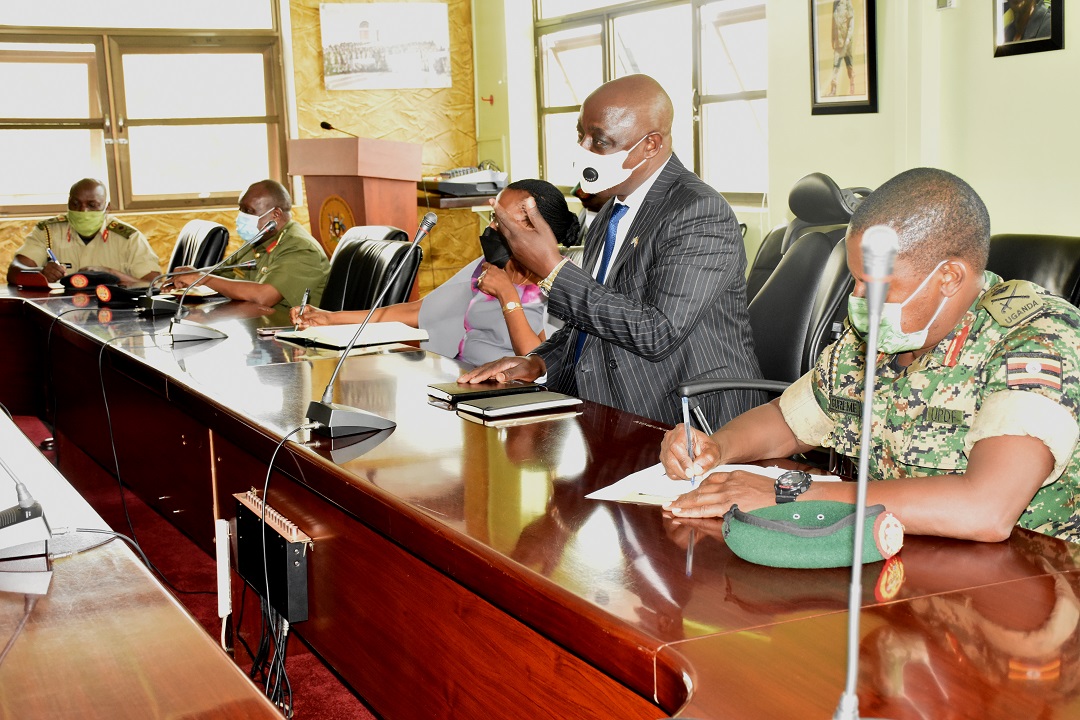 Hon Ssempijja further applauded the delegation from Equatorial Guinea for finalizing all processes that concretised the MOU on defence and security. 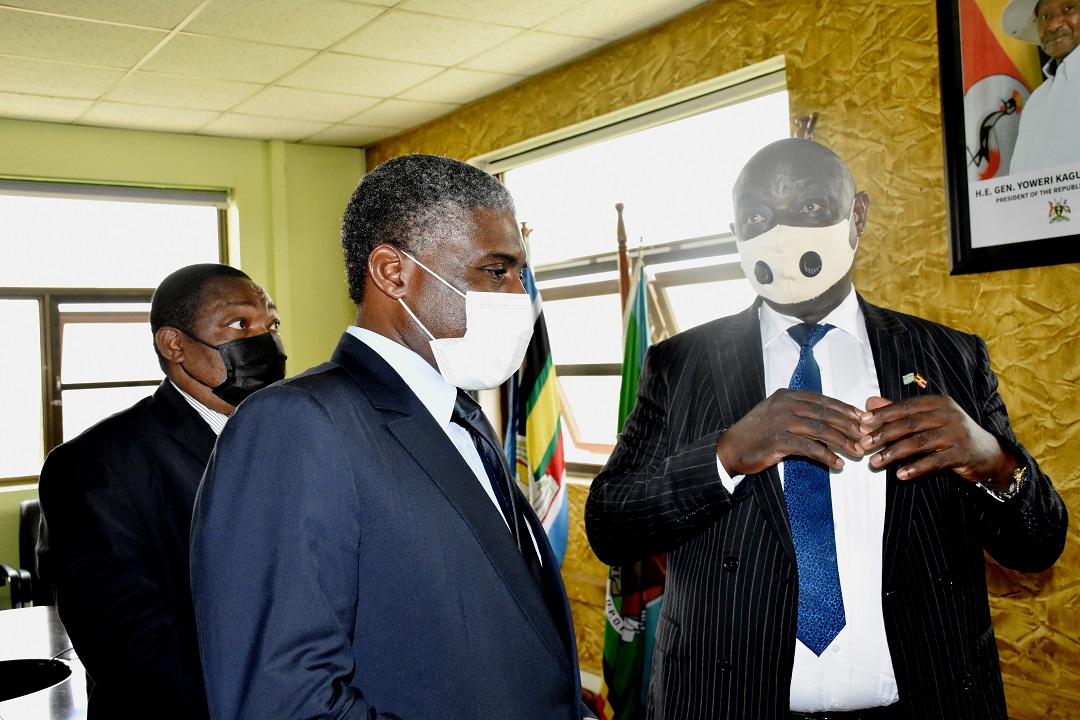 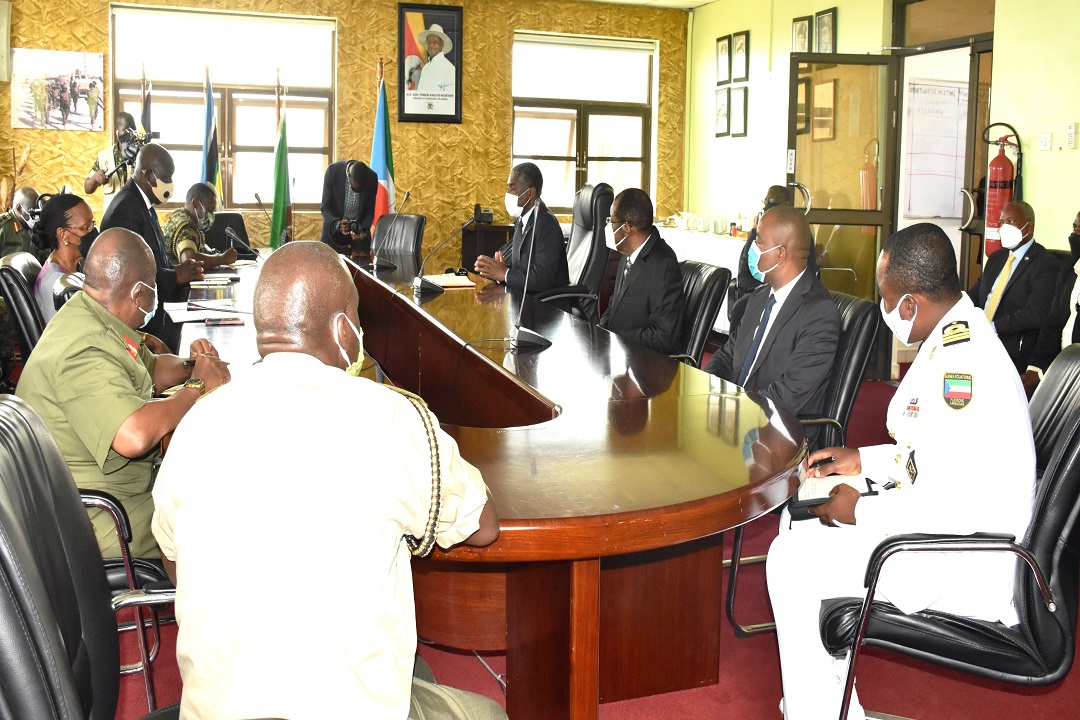 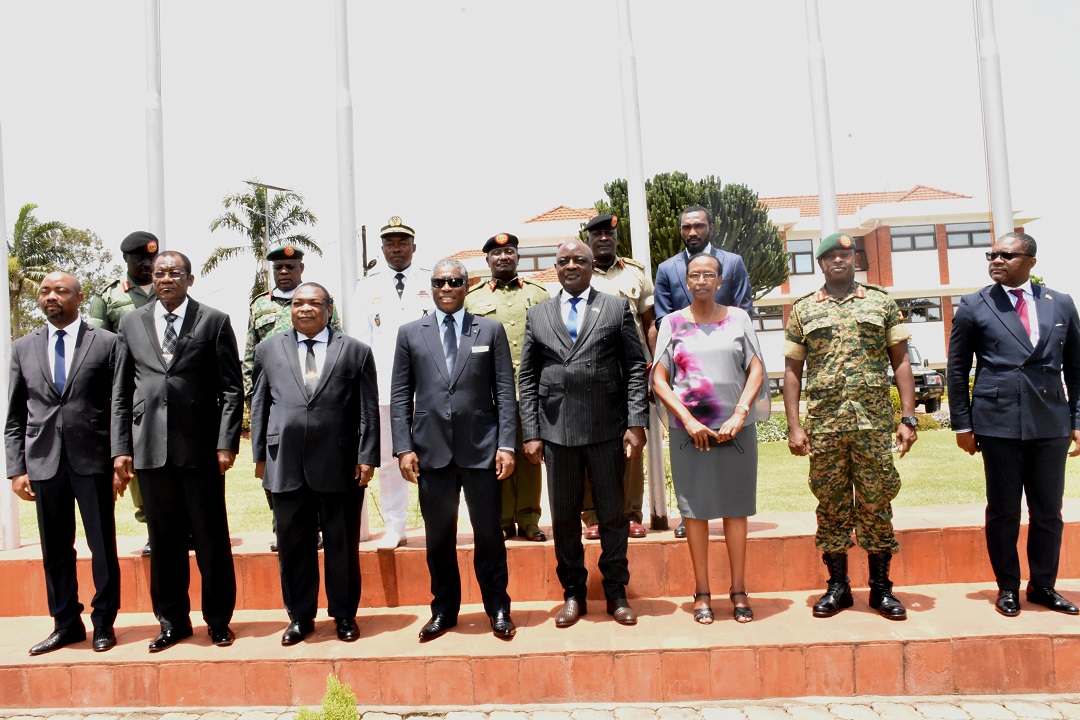