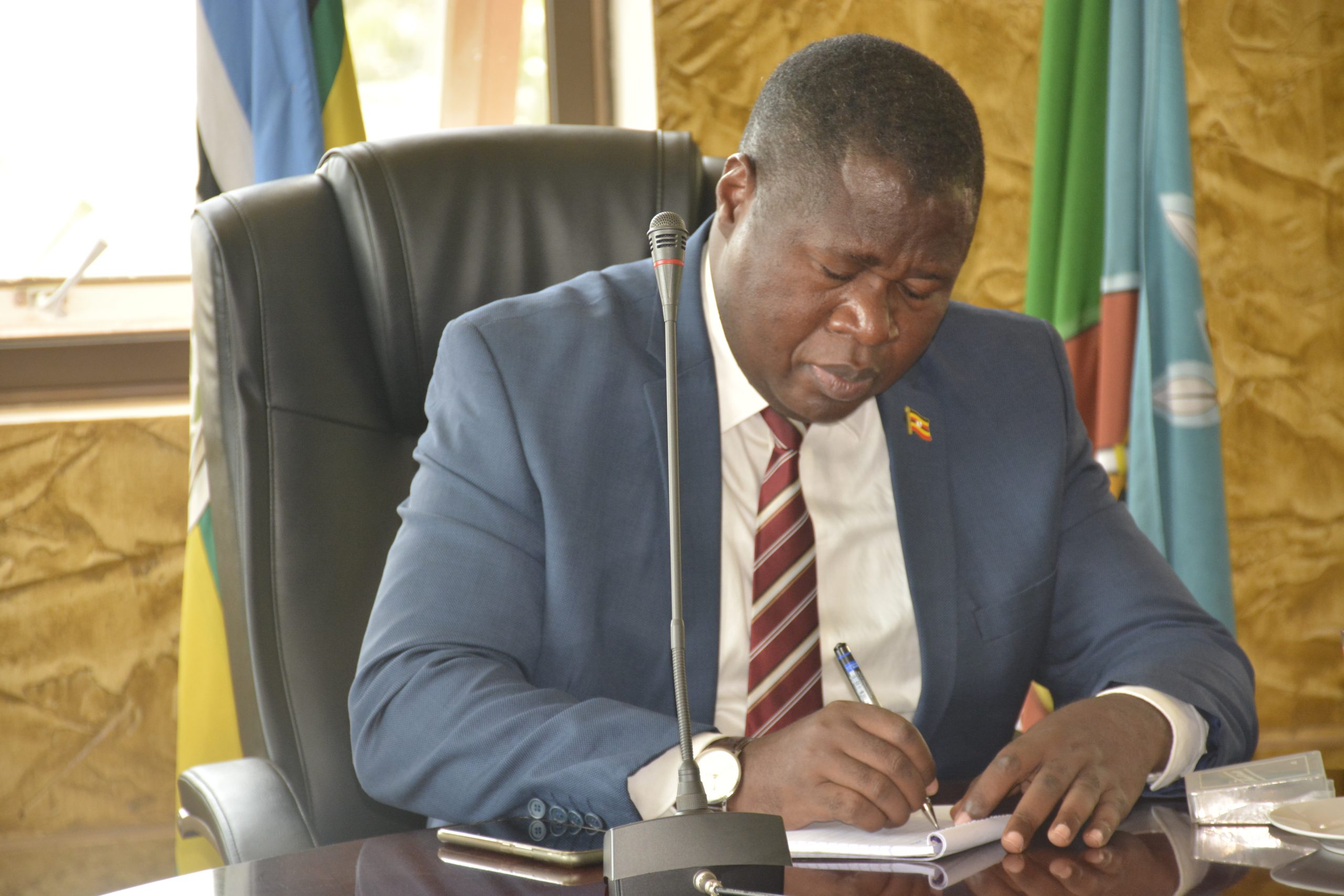 The Minister of State for Defence and Veteran Affairs (Defence), Hon. Jacob Oboth taking notes during the meeting on 12 July 2022

The Minister of State for Defence Hon. Jacob Marksons Oboth has said that the cordial bilateral relations that exist between Uganda and Israel have historical attachments. 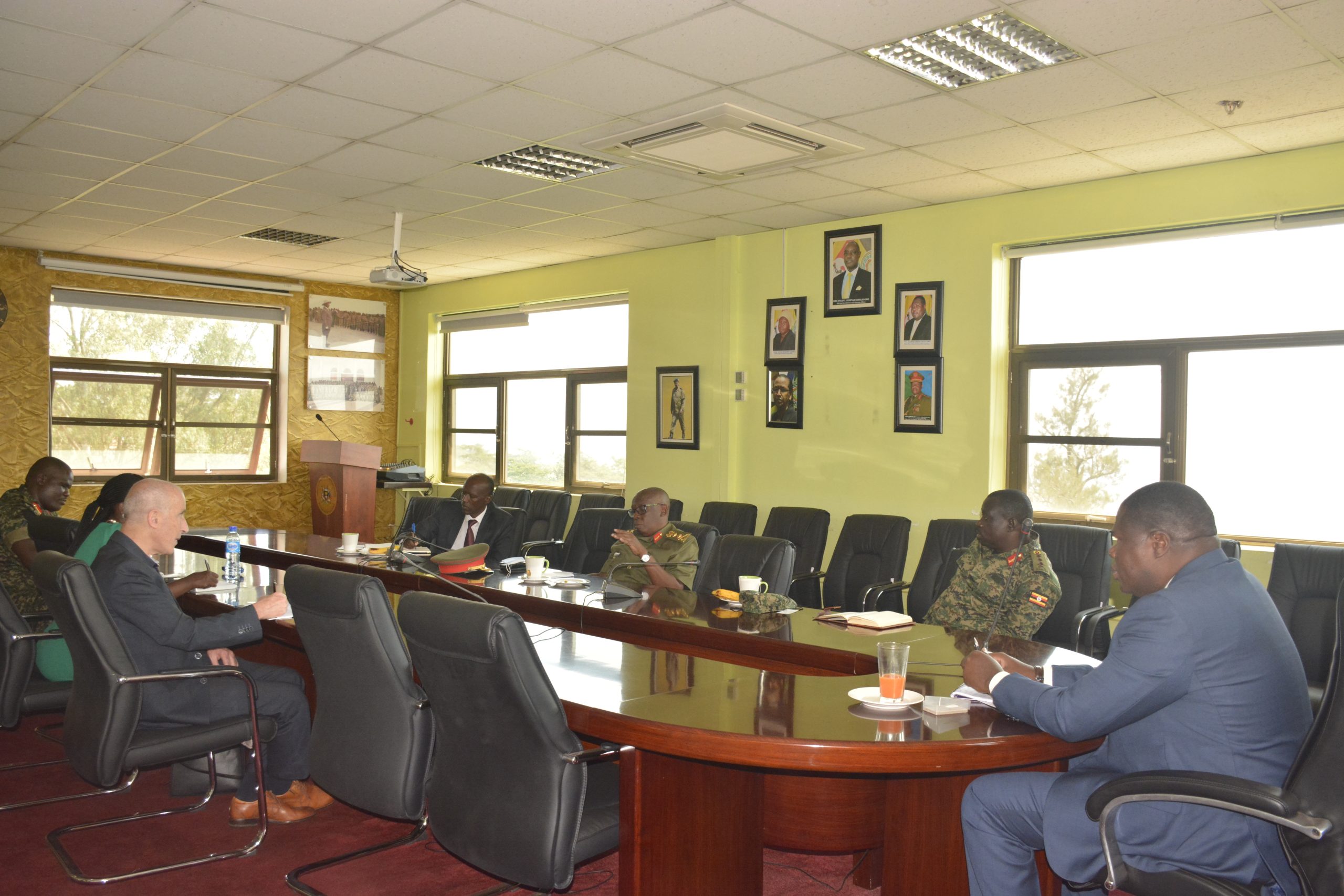 Hon. Oboth and his guest deliberate during the meeting in Mbuya on 12 July 2022

He made the remarks today in a meeting with the Israeli Ambassador to Uganda, H.E Michael Lotem, who had called on him at his office at the Ministry of Defence and Veteran Affairs Headquarters in Mbuya, Kampala. ” We still look forward to maintaining and deepening that relationship. So we are happy and delighted to have you here,” he noted.

He called upon the Ambassador to invest in the transfer of modern production methods. 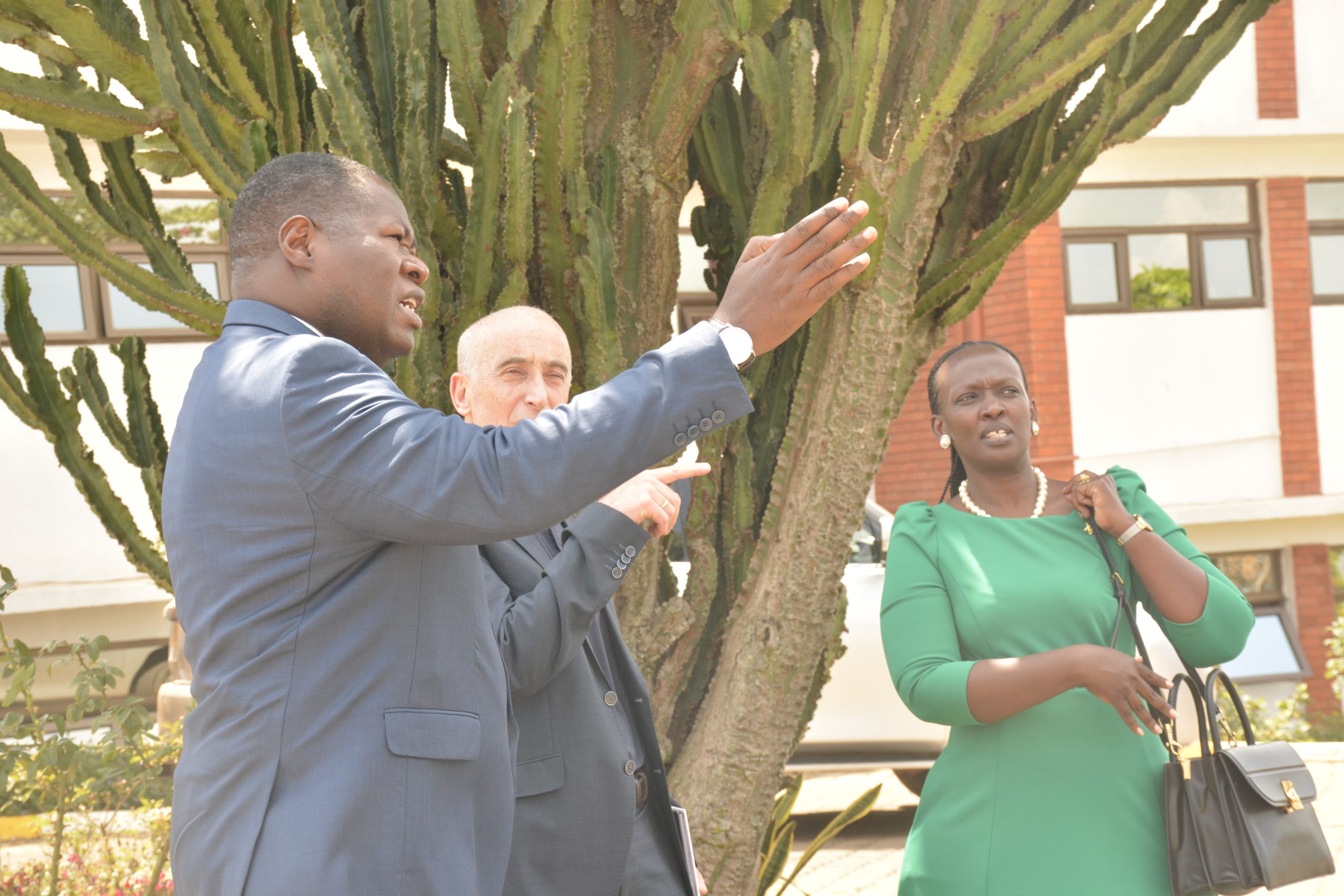 (L-R) Hon. Jacob Oboth, H.E Michael Lotem and Mrs. Ishta Muganga having a chat after the meeting at the Ministry’s Headquarters, Mbuya on 12 July 2022

Hon Oboth remarked that the Defence Ministry has a constitutional mandate to engage in methods of production for the survival of the population. “We need to have enough food for our own soldiers but also for the markets within the region and beyond. We are looking at a bigger picture of a fully-fledged production,” added Hon. Oboth. 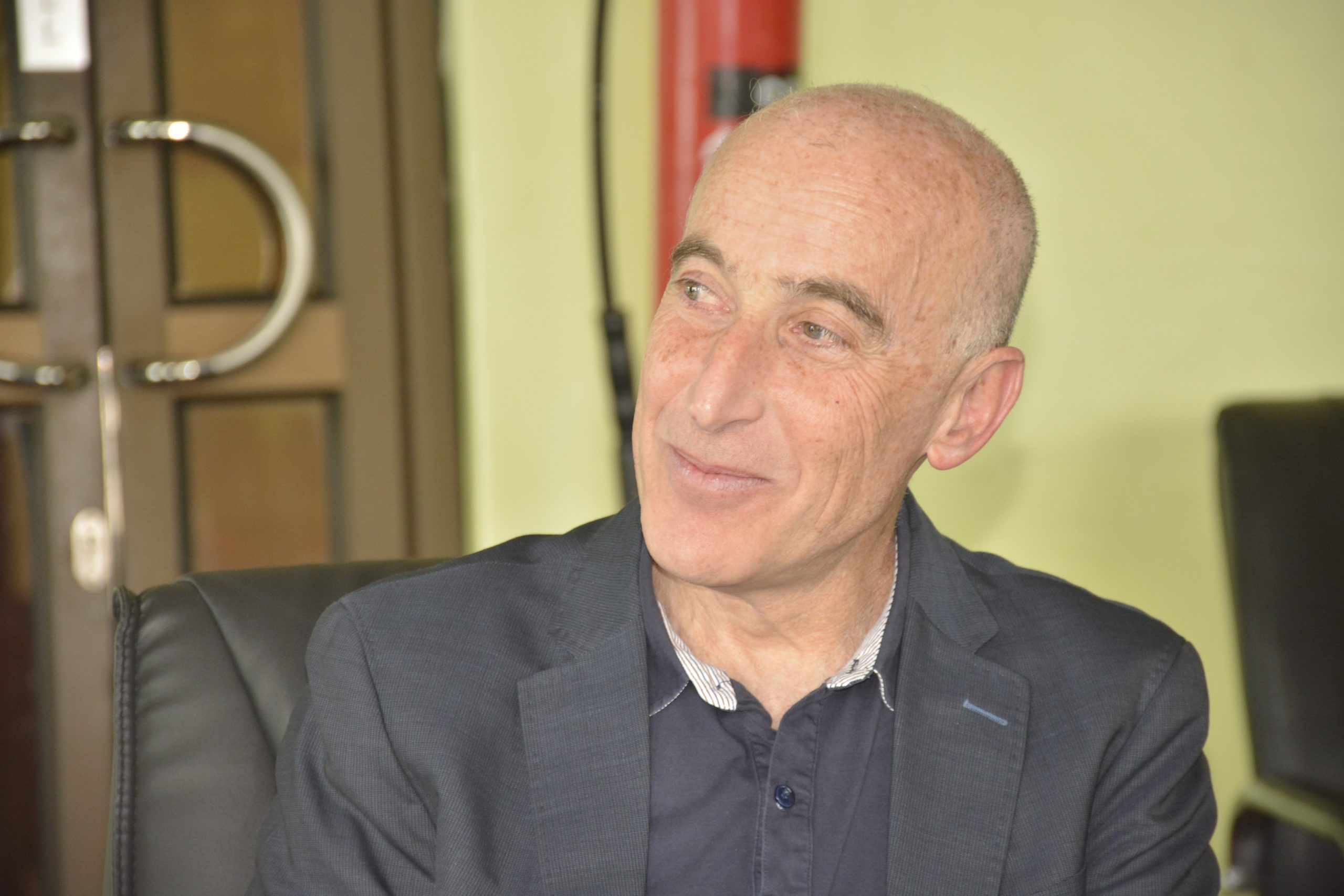 The Israel Ambassador to Uganda, H.E Michael Lotem on 12 July 2022

In his remarks, H.E Lotem, said that the relationship between Uganda and Israel are very profound and symbolic.

He added that the Israeli Minister of Defence is looking forward to the renewal of the Memorandum of Understanding between the two countries on cooperation in Defence and Security. 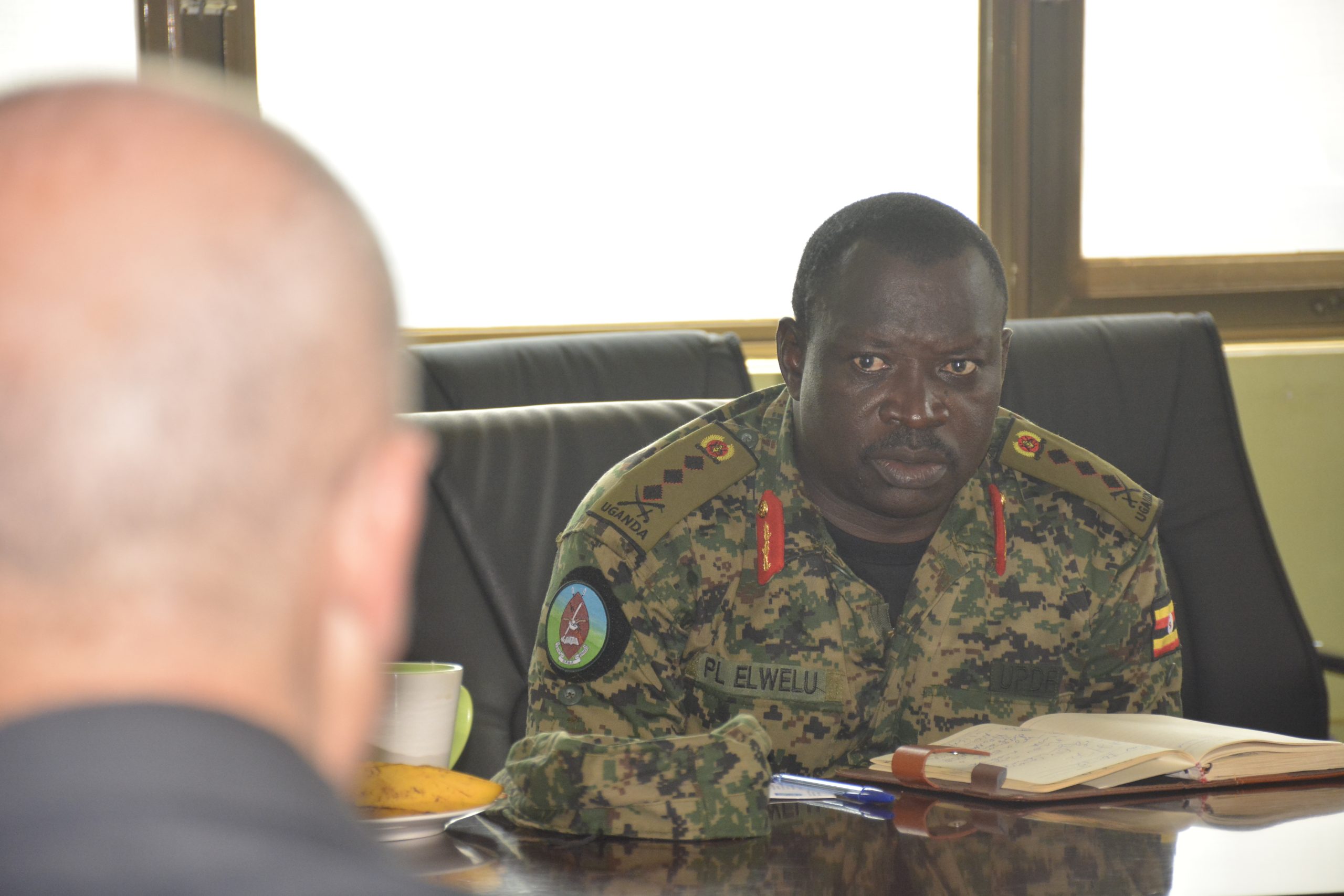 H.E Lotem further said Israel appreciates the existing co-operation on defence and security, adding that Israel is willing to connect and open new areas of co-operation by offering training on how to detect and prevent terrorist activities and modern medicine, among others; both at national and regional levels. 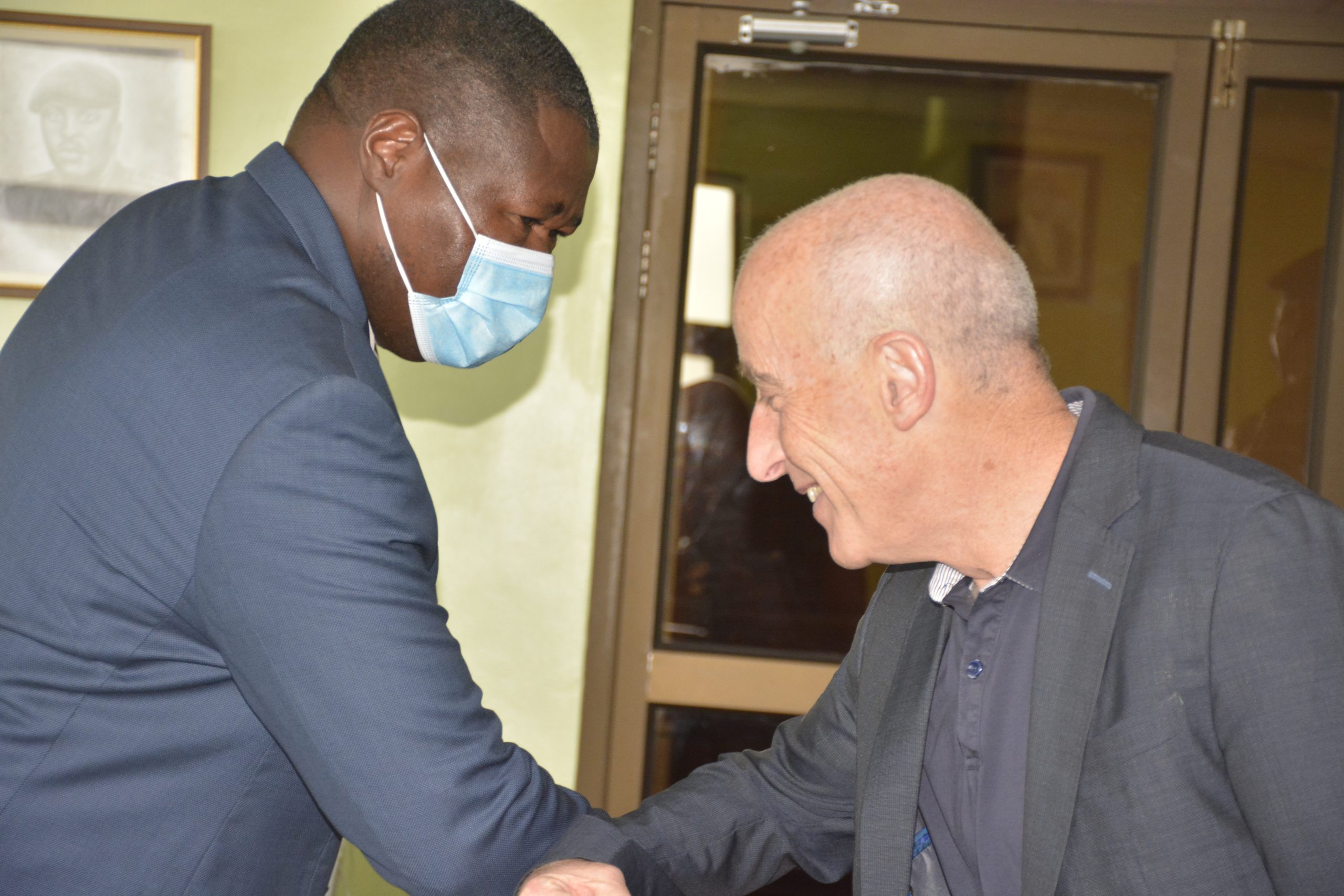 Hon. Oboth and H.E Lotem exchange greetings at meeting in Mbuya on 12 July 2022. 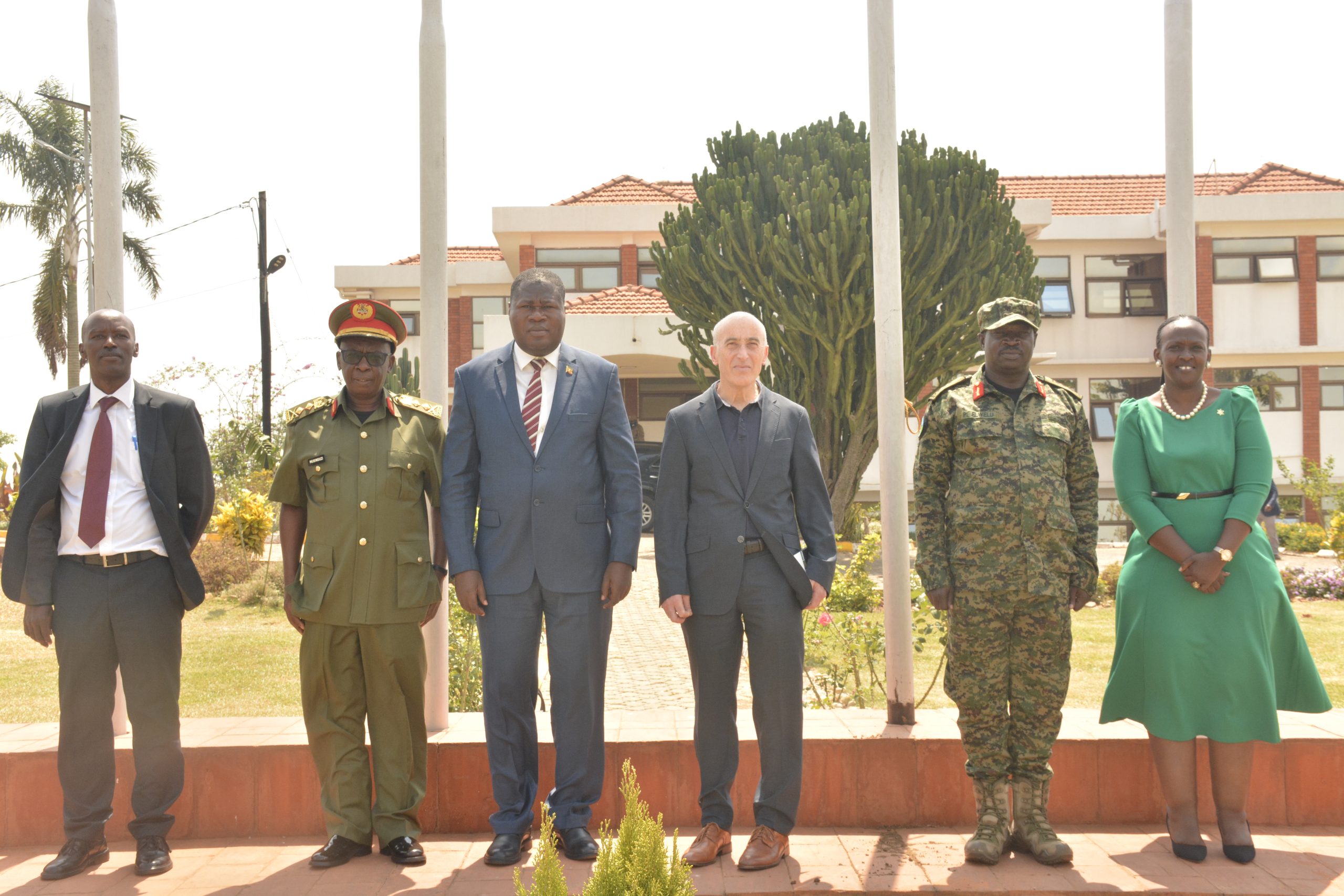 Minister Oboth and Ambassador Lotem in a group photo with members that attended the meeting on 12 July 2022.

The meeting was also attended by the Deputy Chief of Defence Forces, Lt Gen Peter Elwelu, Ministry of Defence and Veteran Affairs Under-Secretary in Charge of Logistics Mr. Francis Ngabirano Kahiriita and the Honorary Consul of the State of Israel, Mrs. Ishta Muganga.